Not Sight, but Faith in the Word 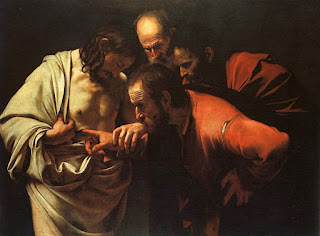 John 4:46-54 (ESV) So Jesus came again to Cana in Galilee, where he had made the water wine. And at Capernaum there was an official whose son was ill. When this man heard that Jesus had come from Judea to Galilee, he went to him and asked him to come down and heal his son, for he was at the point of death. So Jesus said to him, “Unless you see signs and wonders you will not believe.” The official said to him, “Sir, come down before my child dies.” Jesus said to him, “Go; your son will live.” The man believed the word that Jesus spoke to him and went on his way. As he was going down, his servants met him and told him that his son was recovering. So he asked them the hour when he began to get better, and they said to him, “Yesterday at the seventh hour the fever left him.” The father knew that was the hour when Jesus had said to him, “Your son will live.” And he himself believed, and all his household. This was now the second sign that Jesus did when he had come from Judea to Galilee.

In the Gospel reading for the Twenty-First Sunday after Trinity, there is no question that the father’s love for his dying son was sincere; and he was looking for help in the right place by going to Jesus. But the man was coming to Jesus with a secular faith, not a Christian faith, similar to the way we take our children to the doctor with confidence that they can come up with the right diagnosis and treatment for most maladies. When we have problems, we go to people that we expect can help, and the father knew that Jesus could get the job done—Jesus had healed plenty of people before. But the father wasn’t coming to Jesus with faith in Him as Lord and Savior from sin and hell.

This can be seen first because the father wasn’t going to Jesus looking for eternal life but only the preservation of the life of his son. In the man’s prayer to Jesus he wasn’t asking too much of Jesus but actually far too little of Him, for our loving God sent His Son to give everlasting life, not just temporary healing. Our deepest need is redemption from sin and salvation from hell, not just a healthy family. So Jesus says, “Seek first the Kingdom of God and His righteousness,” that is, keep first things first.

The second offense the father perpetrated against Jesus was to grossly underestimate Christ’s Person and power. The father had heard and maybe even witnessed that Jesus was a wonder-worker, but he hadn’t yet come to believe in Jesus as the only-begotten Son of God in the flesh, the same One who spoke the world into existence, as we heard in Genesis 1-2 this morning. The father of the sick boy insisted that Jesus come down to Capernaum to heal his son. He thought the 20-mile journey was necessary for Jesus to help; the father wanted to see with his own eyes while Jesus did the healing. So the man’s motto was, “Seeing signs is believing.”

But that’s not how God’s Kingdom works. Jesus teaches us that seeing signs isn’t believing; rather “we live by faith” in His Word and “not by sight,” and “faith comes by hearing…the Word of Christ,” not by witnessing signs and wonders. This is why Jesus is so stern with the father and with everyone who insists on living by sight and not by faith alone. He reproaches them in the Gospel reading, “Unless all you people see signs and wonders, you never believe!”

All of us must repent, for we sinners are like the boy’s father, wanting Jesus to come down right away and take care of our problems; we want society reformed according to God’s Word; we want instant answers to our prayers as visible proof that God is on our side; we crave miraculous healings and visions of the afterlife and signs that we have made correct decisions. We are always looking for signs of God’s goodness and presence in day to day events. So when we try to live by sight and not by faith alone, Jesus rebukes us, saying, “Unless you people see signs and wonders you refuse to believe.” And He calls on us to repent of the idea that seeing is believing.

Jesus shows us that seeing isn’t believing when He responds to the father’s begging for help not with a visible miracle but just with a Word, saying, “Go, your son is alive and well!” Jesus gave him nothing to see, just a Word to hang onto. And then the Holy Spirit worked a miracle in that father’s heart by the Word of Jesus, for St. John tells us that the man believed the Word that Jesus had spoken and went on his way.

The father started out on the difficult 20 mile journey back to Capernaum trusting that Jesus would keep His promise, and when he finally met up with his servants, they told him that a great sign had occurred, that the boy was healthy again, and it had happened at the very moment Jesus had said the boy was alive and well. And then another miracle of the Holy Spirit occurred: the man and his whole household came to believe in Jesus not just as a great wonder worker but as the Christ, their Lord and Savior, the Son of God who came into the world to seek and to save the lost. Jesus had shown through this miracle that His Word is completely trustworthy and therefore everything He teaches about Himself is true; when He teaches that He is the Savior of the world, the only faithful response is, “I believe in Jesus Christ, God’s only Son, our Lord.”

Likewise, Jesus leaves us with only His Word and promises to go on. This isn’t what the sinful world is looking for. As St. Paul says, “Jews demand signs and Greeks seek wisdom.” All sinners are looking for some experience of the divine to prove His goodness and presence. But what does St. Paul say that we Christians are to preach and believe? He says, “Jews demand signs and Greeks seek wisdom, but we preach Christ crucified, a stumbling block to Jews and folly to the Gentiles, but to those who are called, both Jews and Greeks, Christ [is] the power of God and the wisdom of God.” So while that “word of the cross is folly to those who are perishing…to us who are being saved it is the power of God,” “the power of God for salvation to all who believe.”

The Word of the cross, the Word of forgiveness of sins, the Word of grace that is attached to the sacraments of Baptism, Absolution, and the Lord’s Supper—that is the Word given to us by the Word made flesh, Jesus Christ. That Word is all we have to go on, it’s all we’ve got. So if Jesus and His Word are not the only ground and foundation of our confidence, then our hopes are misplaced. “On Christ the solid rock I stand, all other ground is sinking sand,” we sing in the hymn.

In fact, the greatest signs and wonders that Jesus leaves behind for us are the miraculous sacraments that come from His Word: Holy Baptism, where He combines His Word with water to bring dead sinners to life in Him; Holy Absolution, where He speaks pardon to the guilty for the sake of His sufferings and death; and the Lord’s Supper, where by the power of His creative Word Jesus makes bread His body and wine His blood so that He can feed us with forgiveness of sins, life, and salvation. These are the most amazing, wonderful signs Jesus gives to us in this life and they assure us of that much greater, fuller life that we look forward to in heaven.

So while seeing signs isn’t believing, believing does come by hearing; faith comes by hearing the Word of your Lord Jesus Christ, who promises you this: “Truly, truly, I say to you, whoever hears my word and believes him who sent me has eternal life. He does not come into judgment, but has passed from death to life” (John 5:24).

Prayer (LSB 720):
1. We walk by faith and not by sight,
No gracious words we hear
From Him who spoke as none e’er spoke,
But we believe Him near.
2. We may not touch His hands and side,
Nor follow where He trod;
But in His promise we rejoice
And cry “My Lord and God!”
3. Help then, O Lord, our unbelief;
And may our faith abound
To call on You when You are near
And seek where You are found.
4. For You, O resurrected Lord,
Are found in means divine:
Beneath the water and the Word,
Beneath the bread and wine.
5. Lord, when our life of faith is done,
In realms of clearer light
We may behold You as You are,
With full and endless sight. Amen.
Posted by Pastor Roth at 11:55 AM