Opposition to the Proud, Grace for the Humble 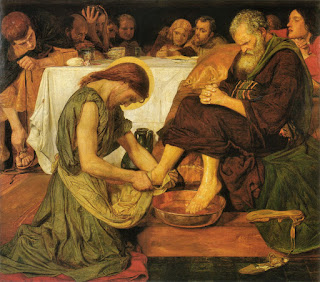 Luke 14:7-11 (ESV) Now Jesus told a parable to those who were invited, when he noticed how they chose the places of honor, saying to them, “When you are invited by someone to a wedding feast, do not sit down in a place of honor, lest someone more distinguished than you be invited by him, and he who invited you both will come and say to you, ‘Give your place to this person,’ and then you will begin with shame to take the lowest place. But when you are invited, go and sit in the lowest place, so that when your host comes he may say to you, ‘Friend, move up higher.’ Then you will be honored in the presence of all who sit at table with you. For everyone who exalts himself will be humbled, and he who humbles himself will be exalted.”

A prominent and wealthy Pharisee gave a dinner, and Jesus made it a parable acted out in real life. What is striking is that a Pharisee had invited Jesus at all and that He accepted the invitation. Throughout His ministry Jesus was at odds with the Pharisees, especially with their belief that a person could be saved by obeying the Law. The fact that Jesus accepted the invitation tells us something about Jesus and His Father in heaven. Jesus was a socially indiscriminate person. So is God. Jesus fraternized even with those whose outlook on life was directly opposed to His. But this is the entire story of God’s redemption of the world. In Jesus, God came to a world entirely opposed to Him. He came to save even those who were traitors against him and treated him as an enemy.

Jesus took this ordinary situation in life and developed it into a sermon that stripped His fellow guests down to the core. Even before the food and drink were served, He reprimanded the guests for going after the most prominent seats. Imagine a mob of people standing outside the doors of a restaurant waiting to get in. The doors are opened and everyone rushes for the best tables. The scene must have been chaotic, but it was the right occasion for Jesus to remind them of the embarrassment of taking the wrong seat. In God’s world, putting others first is the only way to get along. To God alone belongs the glory of creating us, redeeming us, and raising us to new heights in Christ. If we try to assert ourselves and claim to be big or important, we make God’s work redundant; we oppose His work. The Bible says that God casts down the conceited and exalts the lowly; He opposes the proud and gives grace to the humble.

Perhaps putting others first sometimes makes sense even in this world, but what makes no sense at all is the admonition of Jesus that next time the host should invite only those who could not repay the invitation. In the verses after our Gospel reading for today, Jesus says, “When you give a dinner or a banquet, do not invite your friends or your brothers or your relatives or rich neighbors, lest they also invite you in return and you be repaid. But when you give a feast, invite the poor, the crippled, the lame, the blind, and you will be blessed, because they cannot repay you. For you will be repaid at the resurrection of the just.”

Now that is no way to run a business. Life depends on tit for tat, cause and effect, payment and repayment. The business lunch and entertainment expenses are a fact of life. If I do you a favor, you owe me one. But in God’s economy no one owes anything. Whatever we owed God, Jesus Christ has paid. He invites people to His banquet hall in heaven with no preconditions, nor because He expects to get something in return. Since God has no uncollected debts with us, we can have no uncollected debts with others. We do good to people who are incapable of repaying us because in Christ, God has paid all. As we pray in the Lord’s Prayer, “Forgive us our debts, as we also have forgiven our debtors.” Everything has been marked “Paid in full” because of what Jesus cried out on the cross: “It is finished!”

Jesus is the model of humility. Though He was infinitely rich, He came among us as a poor and lowly person, our servant. Now that He has been enthroned as King of all, He invites all to share in His kingdom. In Jesus, God brings to Himself those people who can do nothing for Him in return. He does this to demonstrate to us the riches and abundance of His grace, giving us a participation in the resurrection of the righteous. Whoever is raised with Christ has everything. If we were ever able to do anything for God, then we would take some of the credit away from Jesus. But we are actually so helpless and lost that we can do nothing at all. In our weakness, God’s glory is seen, in that He lifts up the weak and gives them life.

Lamb of God, pure and holy,
Who on the cross didst suffer,
Ever patient and lowly,
Thyself to scorn didst offer.
All sins Thou borest for us,
Else had despair reigned o’er us:
Have mercy on us, O Jesus! O Jesus! Amen.