To Judge or Not to Judge? 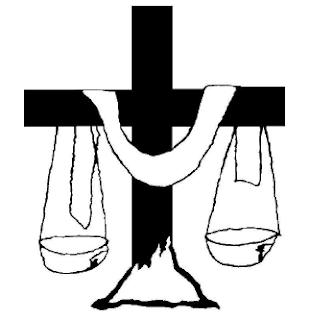 St. Paul writes, “But now I am writing to you not to associate with anyone who bears the name of brother if he is guilty of sexual immorality or greed, or is an idolater, reviler, drunkard, or swindler—not even to eat with such a one. For what have I to do with judging outsiders? Is it not those inside the church whom you are to judge? God judges those outside. ‘Purge the evil person from among you.’” (1 Corinthians 5:11-13)

This passage makes us uncomfortable. Paul says to judge those inside the church. But Jesus said, “Judge not, and you will not be judged” (Luke 6:37). Which is right? To judge or not to judge?—that is the question!

Here is an apparent contradiction between Jesus and Paul, and our inclination would be to go with the Son of God rather than His Apostle, right? That is the route liberal Protestantism has taken, playing Jesus off against Paul, as if Jesus’ words trump Paul’s, or as if Paul was just speaking to a specific timebound situation and his words don’t apply today, while Jesus was providing a universal, eternal principle for all of us to follow.

Once the log is removed, we can see clearly to identify the speck in our brother’s eye and help him out of his own transgression. This is what Paul says elsewhere: “Brothers, if anyone is caught in any transgression, you who are spiritual should restore him in a spirit of gentleness. Keep watch on yourself, lest you too be tempted” (Galatians 6:1). The one who is “spiritual”—that is, living in repentance and being led by the Holy Spirit—actually is required to gently and lovingly try to help the erring brother recognize his sin and repent. This is not an act of judgmentalism, but of love, seeking the repentance and salvation of the sinner.

Repentance is a turning away from sin and a turning back to the Lord and His forgiveness, and it is integral to the Church’s message. After all, Jesus did say, “Unless you repent, you will all likewise perish” (Luke 13:3). And He began His public ministry with this call as well: “The time is fulfilled, and the kingdom of God is at hand; repent and believe in the gospel” (Mark 1:15).

The Book of Concord also shows that repentance does involve turning away from sin: “When repentance and faith in Christ (Acts 20:21), or repentance and forgiveness of sins (Luke 24:46–47), are mentioned as distinct, to repent means nothing other than to truly acknowledge sins, to be heartily sorry for them, and to stop doing them” (Formula of Concord, V, 8). If no one tells me which sins to confess, seek forgiveness for, and stop doing, how will I ever repent of anything?

In fact, when Jesus says “Judge not,” He is using the word “judge” to mean “publicly issue a verdict about someone” (and perhaps even punish them), and He is speaking about the way Christians are to treat one another. In Matthew 18, He provides further insight about this. When another Christian sins against you, you are not to judge that person by going and telling everyone else about it—you are to go directly to that individual and call them to repentance and reconciliation: “If your brother sins against you, go and tell him his fault, between you and him alone. If he listens to you, you have gained your brother. But if he does not listen, take one or two others along with you, that every charge may be established by the evidence of two or three witnesses. If he refuses to listen to them, tell it to the church. And if he refuses to listen even to the church, let him be to you as a Gentile and a tax collector.” (Matthew 18:15–17)

With this passage in mind, we can see that Paul and Jesus are in perfect agreement. Public judgment is not authorized when a one-on-one confrontation about sin is called for, but if another Christian refuses to repent and the issue escalates, other Christians and perhaps the whole congregation must become involved.

The situation in 1 Corinthians 5 had become a churchwide, public issue—not merely a private matter between two Christians. A man was having a public affair with his stepmother and apparently had no intention of repenting (1 Corinthians 5:1). The Corinthian congregation apparently was going the liberal Protestant route and tolerating the public immorality. But Paul says, “Let him who has done this be removed from among you” (1 Corinthians 5:2). The judgment of excommunication Paul renders is equivalent to Jesus’ “let him be to you as a Gentile and a tax collector.” And the goal of this excommunication was “so that his spirit may be saved in the day of the Lord” (1 Corinthians 5:5), that is, the Church would regain a brother when he would recognize that he was hellbound, repent, and be restored to the Communion of the Church.

As we have seen from Jesus and Paul, the Christian Church must judge what is sin and what is not, and what is true doctrine and what is false. Jesus’ Words about judgment do not forbid the Church’s judgment of public sin or false doctrine, but actually uphold them. The Office of the Keys demands that we judge those within the Church on the basis of their public words and deeds. When public, open, unrepentance is being shown by a member of the Church—then the Small Catechism says the Keys must be exercised: “I believe that when the called ministers of Christ deal with us by His divine command, in particular when they exclude openly unrepentant sinners from the Christian congregation and absolve those who repent of their sins and want to do better, this is just as valid and certain, even in heaven, as if Christ our dear Lord dealt with us Himself.”

1. The day is surely drawing near

In all His power shall appear

As judge whom God appointed.

Then fright shall banish idle mirth,

And flames on flames shall ravage earth

As Scripture long has warned us.

5. My Savior paid the debt I owe

And for my sin was smitten;

Within the Book of Life I know

My name has now been written.

I will not doubt, for I am free,

And Satan cannot threaten me;

There is no condemnation!

But hasten our salvation;

We often tremble on our way

In fear and tribulation.

From death and ev’ry evil. Amen.