Marriage Made in Heaven 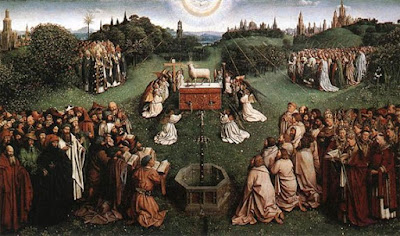 Genesis 2:18-25 (ESV) Then the LORD God said, “It is not good that the man should be alone; I will make him a helper fit for him.” Now out of the ground the LORD God had formed every beast of the field and every bird of the heavens and brought them to the man to see what he would call them. And whatever the man called every living creature, that was its name. The man gave names to all livestock and to the birds of the heavens and to every beast of the field. But for Adam there was not found a helper fit for him. So the LORD God caused a deep sleep to fall upon the man, and while he slept took one of his ribs and closed up its place with flesh. And the rib that the LORD God had taken from the man he made into a woman and brought her to the man. Then the man said, “This at last is bone of my bones and flesh of my flesh; she shall be called Woman, because she was taken out of Man.” Therefore a man shall leave his father and his mother and hold fast to his wife, and they shall become one flesh. And the man and his wife were both naked and were not ashamed.

Unless you are an ostrich, it should be obvious to you that the culture in which we live has corrupted God’s institution of holy marriage and perverted His gift of sexuality. I’m not even sure the majority of Christians are fully convinced about God’s definition of marriage, much less the necessity of leading chaste and decent lives in all that we say and do. This is especially true among younger generations. The relentless propaganda from the entertainment industry and mainstream media has succeeded at changing countless minds about the nature of marriage and sexuality, and where it has not convinced people, it has confused them and planted seeds of doubt.

I often lament how children are bombarded with false doctrine and fuzzy thinking on TV and in social media and in school and from their peers, yet the Church gets at most an hour or two each week and a couple years of Confirmation instruction to instill God’s Truth. This means that teaching and prayer in the home is more important than ever. If parents aren’t vigilant to constantly reinforce the teaching of God’s Word at home, then it should not surprise us that the sinful world’s attitudes sway impressionable children.

We always need to go back to what our gracious Lord’s original design for marriage was. In the Garden of Eden, God laid out His plans for marriage and family before sin and unbelief corrupted His perfect creation. This is beautifully stated in the opening address appointed for the wedding ceremony:

Dearly beloved, we are gathered here in the sight of God and before His Church to witness the union of this man and this woman in holy matrimony. This is an honorable estate instituted and blessed by God in Paradise, before humanity’s fall into sin.

In marriage we see a picture of the communion between Christ and His bride, the Church. Our Lord blessed and honored marriage with His presence and first miracle at Cana in Galilee. This estate is also commended to us by the apostle Paul as good and honorable. Therefore, marriage is not to be entered into inadvisedly or lightly, but reverently, deliberately, and in accordance with the purposes for which it was instituted by God.

The union of husband and wife in heart, body, and mind is intended by God for the mutual companionship, help, and support that each person ought to receive from the other, both in prosperity and adversity. Marriage was also ordained so that man and woman may find delight in one another. Therefore, all persons who marry shall take a spouse in holiness and honor, not in the passion of lust, for God has not called us to impurity but in holiness. God also established marriage for the procreation of children who are to be brought up in the fear and instruction of the Lord so that they may offer Him their praise.

For these reasons God has established the holy estate that [name] and [name] wish to enter. They desire our prayers as they begin their marriage in the Lord’s name and with His blessing.

What’s remarkable is that once we had fallen into sin and condemnation, God also uses marriage as the framework in which He would redeem and save us! In Ephesians 5, St. Paul quotes Genesis 2: “Therefore a man shall leave his father and mother and hold fast to his wife, and the two shall become one flesh.” When you read that quotation, you assume that Paul is just talking about everyday marriage, right? But then Paul, inspired by the Holy Spirit says, “This mystery is profound, and I am saying that it refers to Christ and the church.” In fact, the paradigm for marriage between male and female is the One between Jesus Christ and His Bride, the Holy Christian Church.

St. Paul wrote, “But when the fullness of time had come, God sent forth his Son, born of woman, born under the law, to redeem those who were under the law, so that we might receive adoption as sons” (Galatians 4:4–5). The only-begotten Son of God left His Father in heaven order to come down and be born of His human mother Mary, in order to redeem us lost and condemned sinners and give us a new birth as children in God’s eternal household.

He left Father to come down to be our Savior, and at the cross, He also left His mother behind so that He could take a Bride. At the cross, Jesus says to Mary that she now is to be cared for by the Apostle John, and then He laid down His life in death in order to give life to His Bride, the Church. The first Adam slept while God fashioned Eve from the rib taken from his side, and the New Adam, Jesus Christ, falls asleep in death after suffering for the sin of the world, and water and blood pour forth from His pierced side.

From this sacramental water and blood, and by the proclamation of His death for the sin of the world, now God fashions a Helper suited for His Son, the Holy Christian Church, which is the Mother that conceives and bears children of God for His eternal household in heaven, as Dr. Luther points out in the Large Catechism.

St. Paul also says in Ephesians 5, “Husbands, love your wives, as Christ loved the church and gave himself up for her, that he might sanctify her, having cleansed her by the washing of water with the word, so that he might present the church to himself in splendor, without spot or wrinkle or any such thing, that she might be holy and without blemish. In the same way husbands should love their wives as their own bodies. He who loves his wife loves himself. For no one ever hated his own flesh, but nourishes and cherishes it, just as Christ does the church, because we are members of his body.” Through Holy Baptism, Jesus makes His Bride holy, and if you have been made members of His Body, of His Bride, the Church, then you are holy, forgiven, without blemish, saved!

The Bible is all about marriage, from the beginning, to the middle, to the end. Revelation 21 uses marital imagery to show us what Jesus has in store for His Bride the Church: “Then I saw a new heaven and a new earth, for the first heaven and the first earth had passed away, and the sea was no more. And I saw the holy city, new Jerusalem, coming down out of heaven from God, prepared as a bride adorned for her husband. And I heard a loud voice from the throne saying, ‘Behold, the dwelling place of God is with man. He will dwell with them, and they will be his people, and God himself will be with them as their God. He will wipe away every tear from their eyes, and death shall be no more, neither shall there be mourning, nor crying, nor pain anymore, for the former things have passed away’” (Revelation 21:1-4).

Let us continually fix our eyes on Jesus, our Bridegroom, the Author and Perfecter of our faith. The temporal institution of marriage between male and female is to be a mirror of The Marriage between Christ and His Bride the Church. Satan loves to destroy everything, so He is going to tirelessly work to break that mirror. The Word of God and prayer are our weapons in the fight. Jesus Christ crucified and risen for His Bride is The Holy Marriage in which we rejoice to participate. “Blessed are those who are invited to the marriage supper of the Lamb” (Revelation 19:9).

Has earth so sad a wonder?

God the Father’s only Son

Our God is dead,

Upon the cross extended.

There His love enlivened us

As His life was ended.

Who struck the blow

That killed our gracious Master?

“It was I,” thy conscience cries,

“I have wrought disaster!”

Upon thy sin forever,

Pouring out His sinless self

In this vast endeavor.

A fount of faith undying!

Grief at Him here lying.

What Thou hast won

Is far beyond all telling:

How our God, detested, died,

Thy life for lifeless mortals:

Be my life in death and bring

Me to heaven’s portals! Amen.