Postmodernism in the Church? 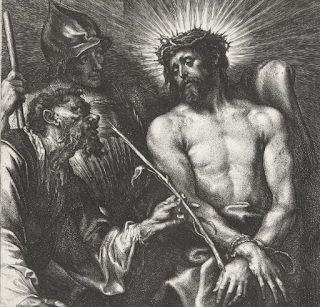 Ephesians 4:17-24 (ESV) Now this I say and testify in the Lord, that you must no longer walk as the Gentiles do, in the futility of their minds. They are darkened in their understanding, alienated from the life of God because of the ignorance that is in them, due to their hardness of heart. They have become callous and have given themselves up to sensuality, greedy to practice every kind of impurity. But that is not the way you learned Christ!— assuming that you have heard about him and were taught in him, as the truth is in Jesus, to put off your old self, which belongs to your former manner of life and is corrupt through deceitful desires, and to be renewed in the spirit of your minds, and to put on the new self, created after the likeness of God in true righteousness and holiness.

Yesterday I talked about postmodernism in society, which is easy to spot. But postmodernism is sneaky; it even slithers its way into the Church, perhaps without people even realizing it. Consider “church growth guru” David Luecke, an LCMS pastor who is (in)famous for his books on why Lutheran churches should change their liturgy and music and architecture in ways that appeal to the surrounding culture. Here is his description from his own web page:

Dr. Luecke greatly admires the Apostle Paul. Paul was a world-class entrepreneur who established a new religion in the Roman Empire. To do that he showed himself to be an organizational genius and a top-level analyst. From Paul’s letters, we see how he could recognize what was going wrong in churches he helped establish and point out what needed to be done. Paul stressed the empowering presence of the Holy Spirit much more than we traditional Protestants do… Luecke thinks Lutheran, as well as Presbyterian, Reformed, Episcopalian, Methodist, and United Church of Christ churches, have lost their basic spiritual energy. The only way to regain it back is to pay much more attention to who the Holy Spirit is and how he works today. (https://whathappened.church/about/)

In some ways, I think Luecke’s perspective is even more pernicious than the Canadian postmodern professor I talked about yesterday. Conservative Christians are going to be resistant to relativism, but Luecke sprinkles enough Christian-sounding language in his analysis to make it sound convincing. But there are two gross errors in what Luecke says above.

First, and most basic: Paul was no entrepreneur, and he certainly did not establish a new religion in the Roman empire! I am astonished that a 79-year old LCMS pastor with more than 50 years of experience in the ministry could miss the fact that Jesus Himself established His Church (Matthew 16:18) and commissioned Paul and the other apostles to spread and preserve “the Truth of the Gospel” (Galatians 2:5). I also don’t like to call Christianity a “religion,” since that lumps us in with all sorts of other religions out there into a sort of religious buffet. This plays into postmodernism, too: that there can be multiple truths, and therefore multiple legitimate religions—lots of different paths to reach salvation. But try reconciling that with John 14:6!

Luecke’s second error is in thinking that “traditional Protestants” like us fail to stress the empowering presence of the Holy Spirit and have lost our “basic spiritual energy.” Now it is true that many of the denominations whom he criticizes have faltered by not clinging to the right teaching of the Word of God and proper administration of the Sacraments, which indeed has caused them to lose “spiritual energy.” But Confessional Lutheran churches always have and always will have the empowering presence of the Holy Spirit through the Means of Grace, the Word and Sacraments. In fact, our Lutheran forefathers called the Word, Baptism, Absolution, and the Lord’s Supper “the means of the Spirit,” the instruments He uses to create and sustain faith in Jesus Christ.

When St. Paul visited Athens and preached the Gospel in the Areopagus, St. Luke tells us, “Now all the Athenians and the foreigners who lived there would spend their time in nothing except telling or hearing something new” (Acts 17:21). Modern scholars and “church growth consultants” like Luecke likewise are obsessed with novelty. They think their “new approaches” are better than the old ways that God has given us in Scripture. They are wrong. As Solomon said, “There is nothing new under the sun.” However, there is a New Testament under the Son, and by His Word of Truth He has made us a “new creation” (2 Corinthians 5:17) and promises us everlasting life in the New Heavens and the New Earth (2 Peter 3:13)!

Touch our hearts and bring to birth

Faith and hope and love unending.

Word almighty, we revere You;

Word made flesh, we long to hear You.

Word that brought to life creation,

Word that came from heav’n to die,

Crucified for our salvation,

Speak to us, Your love outpouring.

Speak and heal our mortal blindness;

Deaf we are: our healer be;

Loose our tongues to tell Your kindness.

Be our Word in pity spoken,

One with God beyond all telling,

Word that sends us from above,

God the Spirit, with us dwelling,

Word of truth, to all truth lead us;

Word of life, with one bread feed us. Amen.