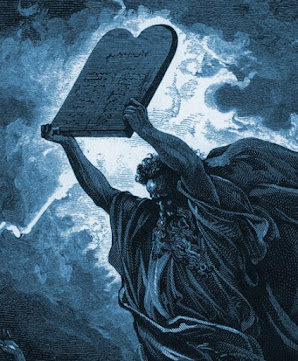 Jeremiah 23:16-29 (ESV) Thus says the LORD of hosts: “Do not listen to the words of the prophets who prophesy to you, filling you with vain hopes. They speak visions of their own minds, not from the mouth of the LORD. They say continually to those who despise the word of the LORD, ‘It shall be well with you’; and to everyone who stubbornly follows his own heart, they say, ‘No disaster shall come upon you.’ ” For who among them has stood in the council of the LORD to see and to hear his word, or who has paid attention to his word and listened? Behold, the storm of the LORD! Wrath has gone forth, a whirling tempest; it will burst upon the head of the wicked. The anger of the LORD will not turn back until he has executed and accomplished the intents of his heart. In the latter days you will understand it clearly. “I did not send the prophets, yet they ran; I did not speak to them, yet they prophesied. But if they had stood in my council, then they would have proclaimed my words to my people, and they would have turned them from their evil way, and from the evil of their deeds. “Am I a God at hand, declares the LORD, and not a God far away? Can a man hide himself in secret places so that I cannot see him? declares the LORD. Do I not fill heaven and earth? declares the LORD. I have heard what the prophets have said who prophesy lies in my name, saying, ‘I have dreamed, I have dreamed!’ How long shall there be lies in the heart of the prophets who prophesy lies, and who prophesy the deceit of their own heart, who think to make my people forget my name by their dreams that they tell one another, even as their fathers forgot my name for Baal? Let the prophet who has a dream tell the dream, but let him who has my word speak my word faithfully. What has straw in common with wheat? declares the LORD. Is not my word like fire, declares the LORD, and like a hammer that breaks the rock in pieces?” [Old Testament Reading for the Eighth Sunday after Trinity]

The fact that there are so many false prophets in the world is not surprising, given what Jeremiah himself wrote about the human heart: “The heart is deceitful above all things, and desperately sick; who can understand it?” (Jeremiah 17:9). This is especially true of those who delude themselves with false doctrine: “They made their hearts diamond-hard lest they should hear the law and the words that the LORD of hosts had sent by his Spirit through the former prophets. Therefore great anger came from the LORD of hosts” (Zechariah 7:12).

In fact, the hearts of all sinners are “desperately sick” and “diamond-hard” and refuse to hear the Word of the Lord because all people are “by nature children of wrath” and “dead in our trespasses” (Ephesians 2:3, 5). In Ezekiel 36:25-28 the prophet predicts the day when, in Holy Baptism, the Lord sprinkles us with clean water and gives us “a new heart,” removing the “heart of stone” and giving us “a heart of flesh,” with His Spirit in us, causing us to believe and walk according to His Word. He makes us His people, and promises to be our God, by grace—for left to nature, our hearts would still be “diamond-hard.”

Even after receiving a “new heart” (Ezekiel 36:26), sometimes our hearts become rocky and resistant to the Lord’s will. In such times, God speaks His Law to us, which is “like a hammer” (Jeremiah 23:29). Martin Luther commented, “This is God’s thunderbolt. By the Law He strikes down both obvious sinners and false saints. He declares no one to be in the right, but drives them all together to terror and despair. This is the hammer. As Jeremiah says, ‘Is not My word like … a hammer that breaks the rock in pieces?’ (23:29). This is not active contrition or manufactured repentance. It is passive contrition, true sorrow of heart, suffering, and the sensation of death” (Concordia, 272).

But at that moment He also sends the Gospel, telling us that “Christ is the end of the Law for righteousness to everyone who believes” (Romans 10:4). He reassures us that righteousness cannot be achieved by the Law, but Christ’s righteousness is freely given in the Gospel, to be received by faith. “For Moses writes about the righteousness that is based on the law, that the person who does the commandments shall live by them. But the righteousness based on faith says… ‘The word is near you, in your mouth and in your heart’ (that is, the word of faith that we proclaim); because, if you confess with your mouth that Jesus is Lord and believe in your heart that God raised him from the dead, you will be saved. For with the heart one believes and is justified, and with the mouth one confesses and is saved” (Romans 10:5-6, 8-10).

Prayer: Almighty and everlasting God, You despise nothing You have made and forgive the sins of all who are penitent. Create in us new and contrite hearts that lamenting our sins and acknowledging our wretchedness we may receive from You full pardon and forgiveness; through Jesus Christ, Your Son, our Lord, who lives and reigns with You and the Holy Spirit, one God, now and forever. Amen.