Government You Can Trust 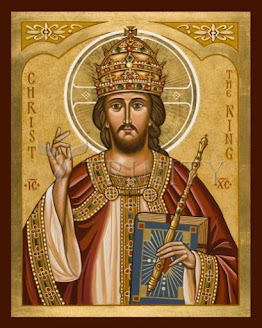 Psalm 146 (ESV) Praise the LORD! Praise the LORD, O my soul! I will praise the LORD as long as I live; I will sing praises to my God while I have my being. Put not your trust in princes, in a son of man, in whom there is no salvation. When his breath departs, he returns to the earth; on that very day his plans perish. Blessed is he whose help is the God of Jacob, whose hope is in the LORD his God, who made heaven and earth, the sea, and all that is in them, who keeps faith forever; who executes justice for the oppressed, who gives food to the hungry. The LORD sets the prisoners free; the LORD opens the eyes of the blind. The LORD lifts up those who are bowed down; the LORD loves the righteous. The LORD watches over the sojourners; he upholds the widow and the fatherless, but the way of the wicked he brings to ruin. The LORD will reign forever, your God, O Zion, to all generations. Praise the LORD!

The appointed Psalm for the Twelfth Sunday after Trinity is a good one to focus on as the 2020 election season heats up, since it reminds us to temper our expectations of political leaders: “Put not your trust in princes, in a son of man, in whom there is no salvation….Blessed is he whose help is the God of Jacob, whose hope is in the LORD his God, who made heaven and earth, the sea, and all that is in them, who keeps faith forever.”

Psalm 146 does not criticize or condemn political leaders or government. No, it calls us to repentance for our twisted tendency to expect more from political leaders and institutions than God has provided for them to give us. The Scriptures demand our obedience to legitimate government, and they urge us to have utter realism about that government, which is staffed by sinners like us!

The reality is that, according to God’s Word, even the best political system or leader can do only so much good, and no more. By the same token, even the worst political leader or government can only do so much damage, and no more. God sets limits and He maintains those limits, because He is the King of the Universe.

The truth is that this Psalm isn’t really about politics at all, or about political leaders; this Psalm is about God. And it’s not just about “God” in some generic sense of the term, as in “90% of Americans still believe in God.” No, it’s about the true God, the Triune God, Father, Son, and Holy Ghost; the only God who actually exists, whether people believe in Him or not; the God who made everything that exists and loved the world so much that, in spite of our sinful rebellion against Him, in the Person of God the Son, He nonetheless became man, a human being, in Jesus Christ, to save His people from their sins.

Psalm 146 describes the great and wonderful things that the Lord our God has done and still does, and it reads, you may have noticed, sort of like a summary of Jesus’ ministry in the Gospels. Jesus executed justice for the oppressed, that is, He gave His life to redeem all humans who are oppressed by the demands of God’s Law and the requirement that sins be punished; Jesus executed justice for the oppressed, by dying for our sins and rising for our justification.

Jesus went about doing good and healing all who were oppressed by the devil, and through His Word and Sacraments in the Church, He still does this today. Jesus gave food to the hungry, food that always satisfies and never perishes. Food that cost Him His own body and blood, given and shed for the forgiveness of sins, life, and salvation. Food that He freely gives to us in the Bread of His Word and in the Bread and Wine of His Holy Supper.

Jesus set the prisoners free, redeeming from eternal death those condemned to everlasting damnation for their sins, and He still does the same today in the Gospel: if the Son sets you free, you are free indeed. No government, no politician, can deliver the freedom Jesus gives you: freedom from guilt, from fear, from death, from the Law.

Jesus cared about the alien and sojourner in a way that far transcends any immigration plan or policy. And He still does, for we are all strangers and aliens here on our way to a better country, to the Promised Land, and He goes with us all the way.

Jesus cared about poor widows long before there was any form, much less re-form, of Social Security or Medicare, and He still cares for them today and commands His church to do the same. Jesus cared about the fatherless and orphans, the most helpless members of society. He took the little children in His arms and blessed them, not as a campaign photo-op, but as an opportunity to show us what God is really like, a God who loves and blesses even babies and welcomes them into His Kingdom. A God who actually became a Baby in a manger, a God who says that we must become like babies if we have any hope of entering the Kingdom of God.

The Psalmist urges us: “Praise the Lord, O my soul. I will praise the Lord as long as I live.” Praising the Lord for all His wonderful deeds is our vocation, no matter who sits in the Oval Office or on any other seat of power; no matter what is going on in the world of politics; whatever anybody is saying on Fox News or CNN or BBC or MSNBC—regardless of all of that, the Psalmist says, “I will praise the Lord as long as I live…The LORD will reign forever, your God, O Zion, to all generations. Praise the LORD!”—since His government is the one you can always trust!

Prayer: Eternal Lord, ruler of all, graciously regard those who have been set in positions of authority among us that, guided by Your Spirit, they may be high in purpose, wise in counsel, firm in good resolution, and unwavering in duty, that under them we may be governed quietly and peaceably; through Jesus Christ, our Lord. Amen.