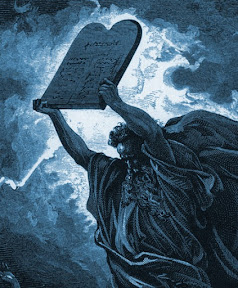 Acts 21:26-36 (ESV) Then Paul took the men, and the next day he purified himself along with them and went into the temple, giving notice when the days of purification would be fulfilled and the offering presented for each one of them. When the seven days were almost completed, the Jews from Asia, seeing him in the temple, stirred up the whole crowd and laid hands on him, crying out, “Men of Israel, help! This is the man who is teaching everyone everywhere against the people and the law and this place. Moreover, he even brought Greeks into the temple and has defiled this holy place.” For they had previously seen Trophimus the Ephesian with him in the city, and they supposed that Paul had brought him into the temple. Then all the city was stirred up, and the people ran together. They seized Paul and dragged him out of the temple, and at once the gates were shut. And as they were seeking to kill him, word came to the tribune of the cohort that all Jerusalem was in confusion. He at once took soldiers and centurions and ran down to them. And when they saw the tribune and the soldiers, they stopped beating Paul. Then the tribune came up and arrested him and ordered him to be bound with two chains. He inquired who he was and what he had done. Some in the crowd were shouting one thing, some another. And as he could not learn the facts because of the uproar, he ordered him to be brought into the barracks. And when he came to the steps, he was actually carried by the soldiers because of the violence of the crowd, for the mob of the people followed, crying out, “Away with him!”

As we see in the text above, concerning events in Jerusalem almost 2000 years ago, there is nothing new under the sun: mobs often get out of hand and do unjust things! Government exists to keep order.

Paul is usually considered the “apostle to the Gentiles,” but Jesus commissioned him as “a chosen instrument of mine to carry my name before the Gentiles and kings and the children of Israel” (Acts 9:15). Having completed three missionary journeys (Acts 13:2—21:16), Paul returned to Jerusalem to visit with James and the other elders of the congregation there (Acts 21:17-18). Paul recounted his endeavors among the Gentiles, and the elders glorified God for what He had done through Paul (Acts 21:19-20).

However, there were members of the congregation at Jerusalem who still adhered to many customs of the Mosaic Law, such as circumcision, purification rites, and the keeping of vows. They suspected that Paul was preaching that Jewish Christians should not continue to observe the Mosaic Law (Acts 21:20-21). While Paul had insisted that Gentiles need not adhere to the Law (see Acts 15 and Galatians), he never required that Jewish Christians be compelled to give up their customs. In order to prove himself, Paul voluntarily underwent purification rites in the temple (Acts 21:22-26). He knew that such rites were unnecessary but deferred to the weakness of the faith of the Jewish Christians and became “all things to all people” (1 Corinthians 9:22; also see Romans 14).

While Paul was in the temple, some Jews from Ephesus, who had persecuted Paul previously (Acts 20:19), incited a riot against him (Acts 21:27-30). Their accusations against Paul resemble those against the first Christian martyr, Stephen (Acts 6:12-14). The mob did not give Paul a chance to defend himself, but God saved his life through the swift action of the Roman tribune (commander of 1,000 soldiers), whose name was Claudius Lysias (Acts 23:26-30). The soldiers took Paul into protective custody in order to rescue him from the mob. They even had to carry him on their shoulders to protect him (Acts 21:32-35). The Jewish mob’s “Away with him!” (21:36) is strongly reminiscent of the cries of the crowd that sought Jesus’ death (John 19:15). But the Lord had ordained that Paul not die just yet, so He arranged for good government to protect him.

The persecution of Paul fulfilled the prophecy of Jesus to His disciples, “If they persecuted me, they will also persecute you” (John 15:20), and concerning Paul himself, “I will show him how much he must suffer for the sake of my name” (Acts 9:16). Yet through Paul’s continued unjust imprisonment when the Jews later made accusations against him, the Lord gave him many opportunities to proclaim Jesus Christ to Jew and Gentile alike, demonstrating how Christ’s “power is made perfect in weakness” (2 Corinthians 12:9).

In Acts 21-28, soldiers were supervising Paul much of the time; certainly he grew close to many of them and taught them the Gospel. Paul compared the vocation of soldier with the Christian life. A soldier of Christ Jesus is to suffer under the cross and not “get entangled in civilian pursuits” (the ways of the wicked world) but “aim to please the one who enlisted him” (2 Timothy 2:3-4). As Christians, we are involved in a spiritual battle against the forces of darkness and need “the full armor of God” (Ephesians 5:10-20).

Some wonder whether Christians can, in good conscience, serve as soldiers. In the New Testament, converts to Christianity who are soldiers are not required to give up their offices, and John the Baptist told soldiers to be honest and do their duty (Luke 3:14). Likewise today, soldiers and law enforcement officials are gifts from God with the godly vocations of defending our country and keeping order in our society. Let us pray for them and for all who hold governmental office, as St. Paul urges: “First of all, then, I urge that supplications, prayers, intercessions, and thanksgivings be made for all people, for kings and all who are in high positions, that we may lead a peaceful and quiet life, godly and dignified in every way” (1 Timothy 2:1-2).

Prayer: Merciful Father, we commend to Your keeping all who work to defend, protect, bring rescue and relief to those in need. Give them courage in danger, skill in difficulty, and compassion in service. Sustain them with bodily strength and calmness of mind that they may perform their work to the well-being of those in need so that lives may be saved and communities restored; through Jesus Christ, Your Son, our Lord, who lives and reigns with You and the Holy Spirit, one God, now and forever. Amen.