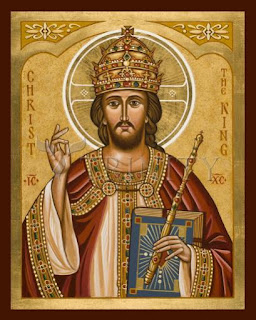 Acts 1:1-11 (ESV) In the first book, O Theophilus, I have dealt with all that Jesus began to do and teach, until the day when he was taken up, after he had given commands through the Holy Spirit to the apostles whom he had chosen. He presented himself alive to them after his suffering by many proofs, appearing to them during forty days and speaking about the kingdom of God. And while staying with them he ordered them not to depart from Jerusalem, but to wait for the promise of the Father, which, he said, “you heard from me; for John baptized with water, but you will be baptized with the Holy Spirit not many days from now.” So when they had come together, they asked him, “Lord, will you at this time restore the kingdom to Israel?” He said to them, “It is not for you to know times or seasons that the Father has fixed by his own authority. But you will receive power when the Holy Spirit has come upon you, and you will be my witnesses in Jerusalem and in all Judea and Samaria, and to the end of the earth.” And when he had said these things, as they were looking on, he was lifted up, and a cloud took him out of their sight. And while they were gazing into heaven as he went, behold, two men stood by them in white robes, and said, “Men of Galilee, why do you stand looking into heaven? This Jesus, who was taken up from you into heaven, will come in the same way as you saw him go into heaven.”

To have a kingdom, you must have a king. In the Old Testament, the Lord gave lofty promises about a future King coming who would be like King David, only better. When Jesus came, He didn’t seem to fit the bill. The wise men could content themselves with Jesus as King, but not Israel. That little baby didn’t really seem like much of a king, even less after He grew up. Jesus said, “Foxes have holes, and birds of the air have nests, but the Son of Man has nowhere to lay his head” (Matthew 8:20). Nothing regal about that.

We see most clearly that they were clueless when James and John came to Jesus and said, “Grant us to sit, one at your right hand and one at your left, in your glory” (Mark 10:37), that is, when He would be enthroned as King. This got the other disciples quite angry, because they wanted the top spots too. Jesus told them that the spots at His right and left were already prepared for others, and then gave them the clue revealing for whom they were prepared; He said, “The Son of Man came not to be served but to serve, and to give his life as a ransom for many” (Mark 10:45). When Jesus gave up His life on the cross, those placed at His right and His left were two thieves, but there the bleeding and dying Man in the middle was most certainly: “Jesus of Nazareth, King of the Jews,” just as the sign above Him said.

The disciples didn’t want a suffering King. They had their own agendas for Christ’s reign. They desired a kingdom of power, so when Jesus was arrested, Peter pulled out His sword to defend Jesus. But Jesus said, “Put that thing away.” Jesus is God the Son, so He could have asked His Father, the King of Heaven, to send down innumerable angels to defend Him. Instead, He chose to walk the way of the cross and reject the way of power and coercion.

There’s something out-of-this world about the nature of Christ’s kingdom. Pontius Pilate asked Jesus, “Are you the King of the Jews?”…Jesus answered, “My kingdom is not of this world….For this purpose I was born and for this purpose I have come into the world—to bear witness to the truth. Everyone who is of the truth listens to my voice” (John 18:33, 36-37).

The truth is that the kingdom of Jesus is not of this world because it bears no relationship to the kingdoms and political regimes of this world. The truth is that Jesus is the Suffering Servant, the Redeemer King, who laid down His life as a ransom for all. Even the best of secular kings cannot atone for the sin of the world with his death. Even the greatest kingdom in history cannot offer the priceless treasure given in one drop of Jesus’ precious blood. And even the most gracious of earthly rulers still reigns by power and not by self-sacrificing love such as Jesus showed in laying down His life for us.

The Gospel—the message that God has reconciled the world to Himself in Jesus Christ crucified—that is the message of the Kingdom of God, which has come to us even before we prayed for it. His Kingdom of grace comes not with coercive military power or oppressive martial law, but in Christ’s cross, resurrection, ascension, and then the outpouring of the Holy Spirit on Pentecost. On that day, those people were made subjects in God’s kingdom, disciples of the Lord Jesus Christ. And in Baptism, that same Holy Spirit delivers the forgiveness of sins King Jesus accomplished for all people on the cross and turns sinners into members of the Kingdom of God, all as a free gift.

1. Your kingdom, O God, is my glorious treasure,

My pearl of incomp’rable worth.

Surpassing the wealth of the earth.

Lord, give me Your grace and the pow’r of the Spirit

To value this treasure aright

That, never allured by the world, I inherit

Your kingdom of glory and light.

2. Your kingdom, O God, is alive with the power

Your Word and Your Spirit bestow.

Like yeast, they affect the whole measure of flour,

Enabling Your kingdom to grow.

Empower me, Lord, as I live Your commission,

Though humble my service may be,

A mustard seed grown to a tree.

3. Your kingdom, O God, is a field for the growing

Of seeds that Your mercy has sown;

But still in our midst is the enemy sowing

The weeds that imperil Your own.

Sustain me, O Lord, till Your day of returning

And harvest me homeward at last,

To shine in the homeland that quiets all yearning,

Where sorrow and danger are past. Amen.